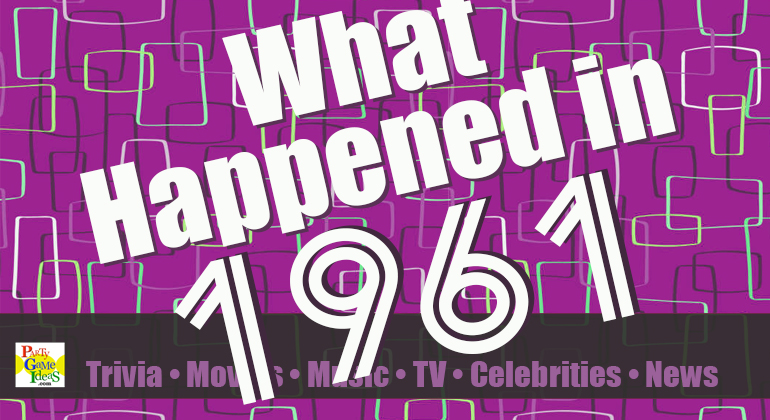 Well if you if you are planning a birthday party, trivia game night, wedding anniversary event, class reunion or just curious about 1961 movies, music, tv, famous people born, news and fun facts; well you are in luck. Party Game Ideas has pulled together a list of fun and interesting things that happened in 1961, so you can create trivia games or activities based on 1961. If you need games for a 1961 birthday party, be sure to check out our Born in 1961 – Birthday Party Game Pack.

Top Movies 1961 – US Box Office in millions
This list represents the earnings of movies that were released in 1961. We have found several different rankings online, this list is a composite of those rankings.

Additional Notable Movies from 1961
Blue Hawaii, Babes in Toyland, Return to Peyton Place, Breakfast at Tiffany’s, Splendor in the Grass, The Hustler

Below are the Academy Awards that were presented in 1962 for movies released in 1961. View all 1962 Academy Award Winners. 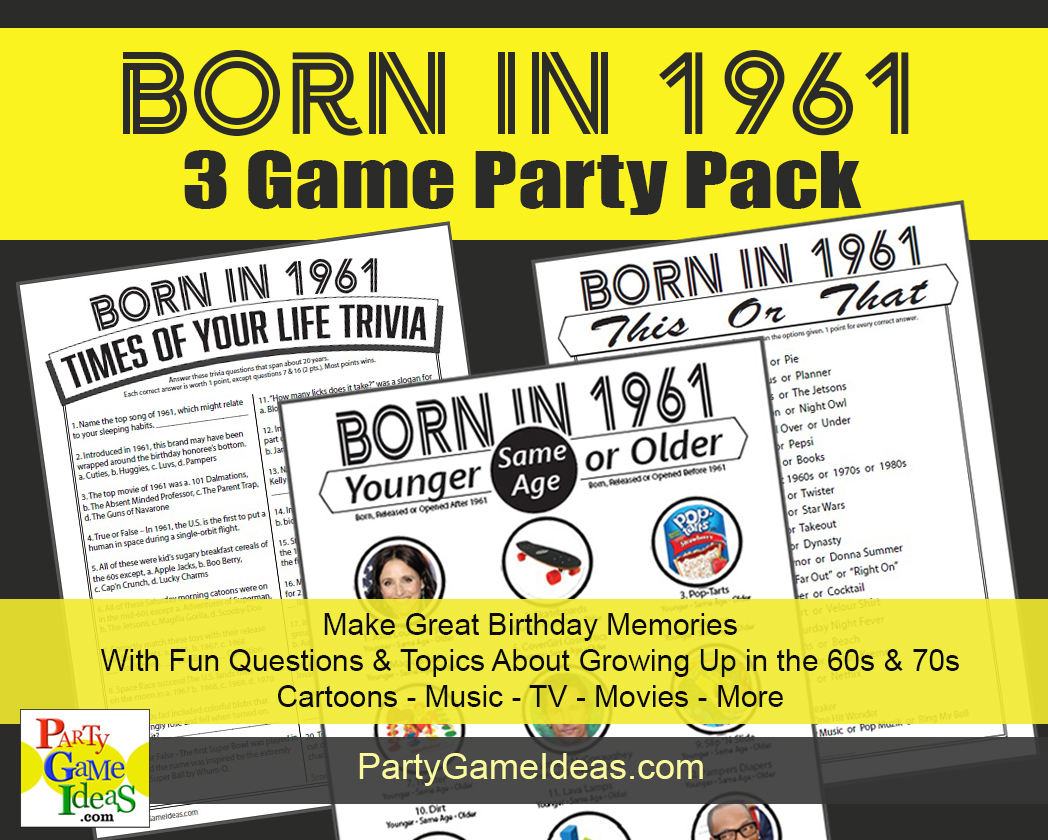 Three Songs that reached No. 1 on the weekly Hot 100 in November and December but didn’t make the chart “Big Bad John” by Jimmy Dean, “Please Mr. Postman” by The Marvelettes, and “The Lion Sleeps Tonight” by The Tokens.

Check out these famous people born in 1961. Some of these celebs will surprise you because they look so young and others you might say, “I thought they were older.” 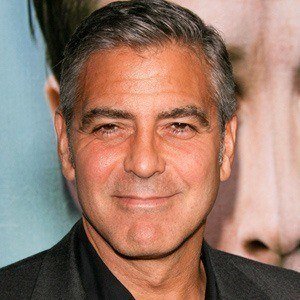 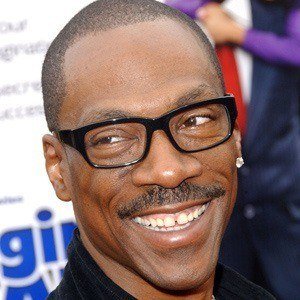 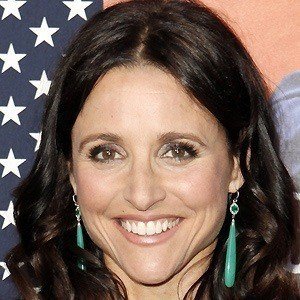 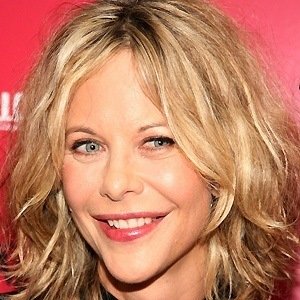 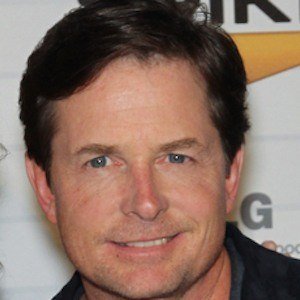 Most Popular TV Shows of 1961
We include the Top 20 TV shows for two seasons, since they are different. Interesting to see the shows shift in popularity from 1960-61 to 1961-62. Amazing how many of the top shows are Western themed.

Popular Saturday Morning Shows in 1961
Before blocks of Saturday morning cartoons became the norm, you had a mix of cartoons, education, and variety shows for kids.

What did things cost in 1961
Check out this 1961 prices for food, gas, and even gold. Know that these tend to be average prices for an item in the US during the year. When possible we used US Govt. Economic data.

Most likely if you are here researching What Happened in 1961, you are getting ready to plan a big event like a birthday celebration for a spouse or close friend. We hope that our 1961 trivia, fun facts, top movies, top 40 songs of 1961 and other information was helpful and interesting.

If you are hosting a birthday party for someone Born in 1961, be sure to check out these party supplies and decorations that will help make your event extra special.

Thanks for visiting our What Happened in 1961 Trivia page. We hope you had fun reliving the movies, top songs & music, tv shows, actors born in 1961, fun facts and other items from 1961. We created a graphic so you can save this page on Pinterest. 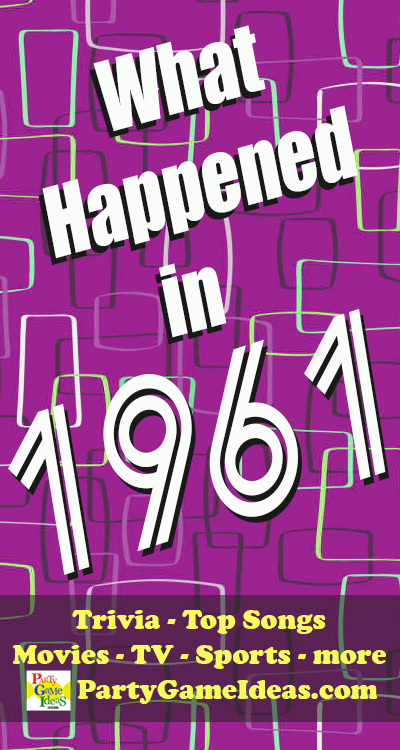 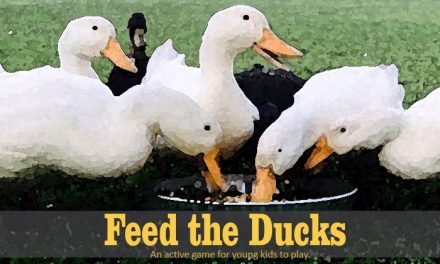 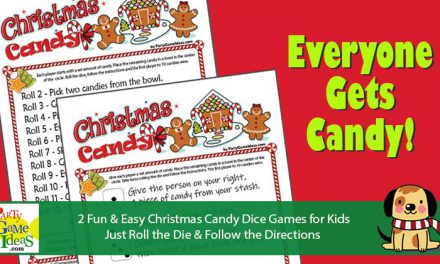 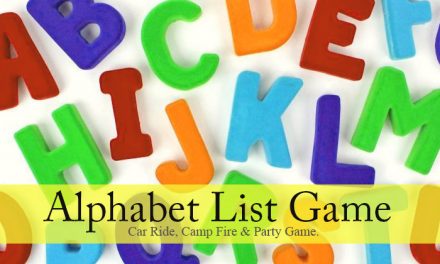 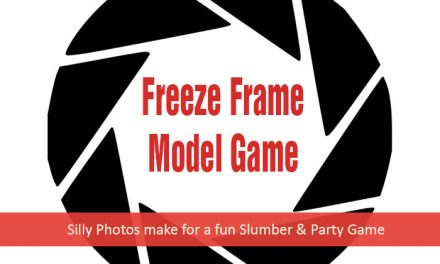