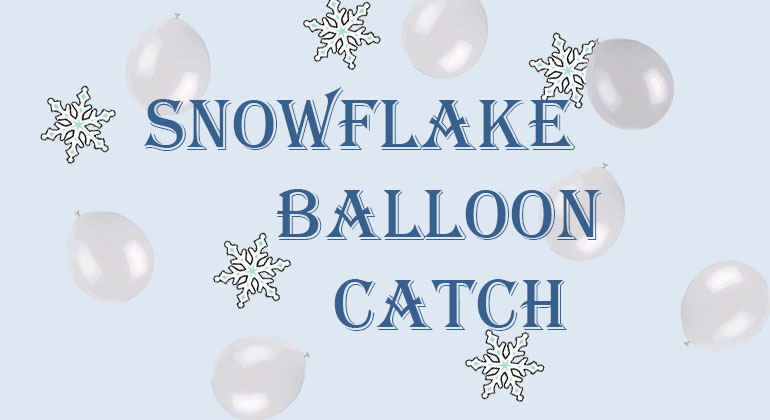 Snowflake Balloon Catch is a fun party activity to keep the kids busy. Yes, you can make a game out of it and we will offer an idea but we like it best for fun.

2. Blow up a variety of white sized balloon, you may also want to get light or metallic blue ones too. They remind me of snow, plus if there are holiday balloons with snowflake prints, they would be perfect. You’ll need 10 – 20 balloons total. 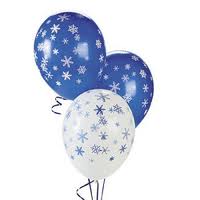 How to Play Snowflake Balloon Catch
The kids form a line and one at a time select a number from the pile of numbered squares.
That number is the number of Snowflakes (balloons) that the child needs to try to catch during their turn, Before the Snowflakes Hit the Ground!

While the child is selecting a number, two adults are placing the Snowflakes (balloon) on the towel and together at the same time lift the towel above their heads.

When the child has selected their number, they move between the adults and under the towel and adults release the Snowflakes (balloons) by dropping one side of the towel. This allows the balloons to float to the ground like snowflakes.

Now the kids must act quickly to try and catch the number of Snowflakes (balloons) that was listed on their playing card.

Once a child’s turn is over the next child takes their turn and the adults gather the balloons for another Snowflake Drop. Play until each child has had several turns, plus if you have a lot of balloons you can have 2 or more kids play at one time.

Note: Parents and adults may want to practice releasing the balloons prior to the game to see what is the best way to release them.

Start out by having each child catch 1 or 2 Snowflakes the first round and then increase it by 1 each round. If a child fail to catch the stated amount of Snowflakes before they hit the ground they are out of the game.

Play until you have one person left and that person is the winner. If there is a tie, have several winners or do the Snowflake Catch Off until someone wins.

You may also enjoy these printable Christmas games for kids. 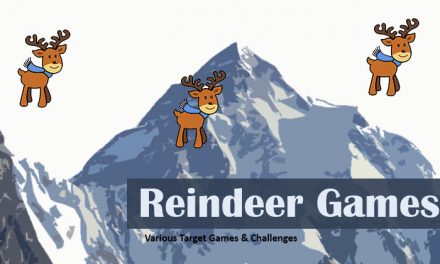 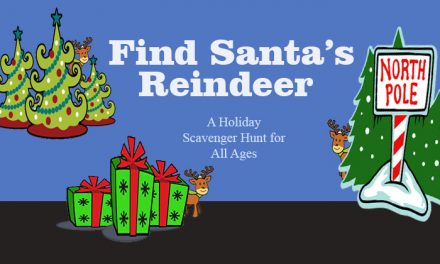 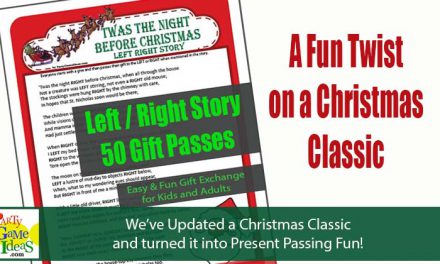 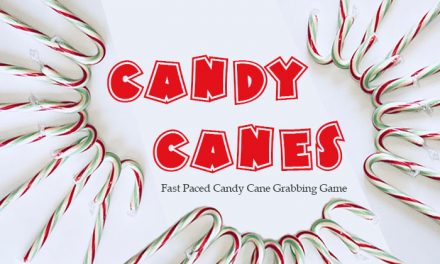