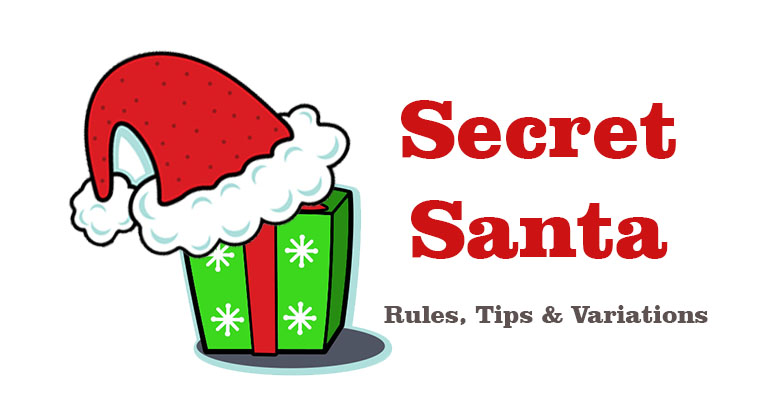 Secret Santa is one of the most popular gift exchanges among families, friends, neighbors and coworkers. It is different than a Dirty Santa, Chinese and White Elephant gift exchange in that you are buying a present for a specific person rather than for anyone. This allows your gift to be more tailored and personal.

The Basic Rules of Secret Santa are simple 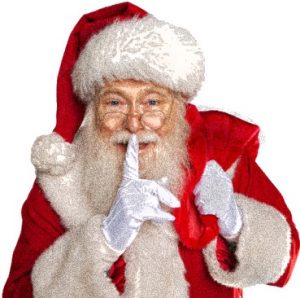 a. Gather a group of friends, family or coworkers.
b. Establish a spending limit for gifts $10, $20 or more.
c. Place everyone’s name who is participating on individual slips of paper and drop into a hat or box.
d. One by one each person pulls a name out of the hat, but “shhhh” don’t say who it is. Only the Host and the person who drew the name should know who you have. The Host needs to have a Secret Santa master sheet.
e. That person is the Secret Santa for the name that they drew and purchase a gift for them.
f. Decide the date and time of the Secret Santa gift exchange.
g. Gifts are placed in together in a central location prior to the Secret Santa exchange. This way no one sees who brought in what gift. It remains a mystery!
h. Everyone gathers for the Secret Santa and one by one each person finds and opens their gift.
i. After opening they guess their Secret Santa. After the guess, if the guess is right they confirm it and if not then the person who had them announces themselves. The other option is to let it remain a secret.
j. The Secret Santa continues until everyone has opened their gifts.

However there are Secret Santa variations which can be adapted for different groups and tips.

Secret Santa Success Tips
a. Have a Secret Santa Master List
People may drop out or asked to be included in Secret Santa after all the names are drawn. You need one person to have the master list just in case there are changes. This person would also draw names randomly, for those that can’t be there in person to draw a name.

b. Secret Santa Gift Ideas
In a big group, you may not know the person you pull so how do you decide on a gift? Here is a trick, give the slip of paper (make sure it is large enough) to the person and have them write their name on one side and gift ideas, likes or a suggestion on the other. This way someone could write coffee, movies, candles, fun socks or books.

The best gifts don’t have to cost a lot of money, but they should in some way relate to the person you have selected. Look for office clues on their desk, ask co-workers and keep in mind conversations of hobbies or foods that they like.

c. Long Distance Secret Santa
While it is always more fun to see friends open gifts in person, you can still host a gift exchange with friends and colleagues even if you are in different states and countries. Plan ahead so gifts can be mailed before the Secret Santa and then do a group video chat or online meeting to open gifts together.

Three Clues Secret Santa
Three clues Secret Santa has the gift giver include three clues about their Secret Santa in with the gift. This can be done with larger groups of 20 or more. These clues are often very simple but help narrow the field. If you want you can use one or two clues.

The Clues can be read aloud and if a person matches the first Clue they step forward and remain forward as long as they match the clues, if they don’t match the second or third clue they step back. Once they are read the person receiving the gift picks, who she thinks her Secret Santa is.

f. One the 1st Day, the first Secret Santa(s) sneak the gifts into the office or cubicle of the person who is going to receive it. Sometimes you can have someone else deliver it if you can’t get into their office, this way it remains a mystery. The recipient opens their gift and Santa remains a mystery.
g. Once the gift is opened that person contacts or stops by the Secret Santa organizer and picks a name of who they are giving a gift to. Then on day 2, the present is secretly delivered to that person.
h. The pattern continues of a the gift recipient get a name of who they are giving a gift to the next day until everyone in the Progressive Secret Santa has received a gift.
i. All Progressive Secret Santa participants should try to meet once the Secret Santa has ended, lunch tends to work best, and try to guess who their Secret Santa.

This takes more effort to get going but makes each day of the Progressive Secret Santa interesting as you don’t know when you might get a gift!

You’ve Been Elf-ed
You’ve been Elf-ed is a neighborhood style Secret Santa game where neighbors leave treats, goodies and a poem with a picture that says We’ve Been Elf-ed.

a. This game can be started by one individual or family and does not people to commit to participate.
b. Often the person who starts the You’ve Been Elf-ed game in a neighborhood hits two neighbors they know to get the ball rolling.
c. Then they place a We’ve Been Elf-ed sign in their window, so others know that they were Elf-ed too.
d. It is a great way for kids to get excited about Christmas, get neighbors talking and have fun.
e. Sometimes people discover who the original Elf was and other times it is a mystery, but either way it is fun to be Elf-ed.

We hope your Secret Santa is a huge success and Happy Holiday!

You might also enjoy these printable Christmas party games. 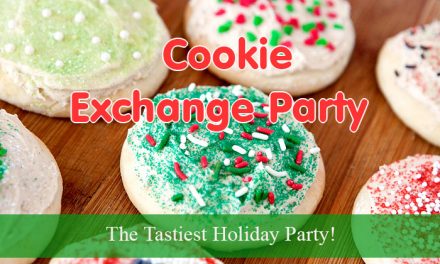 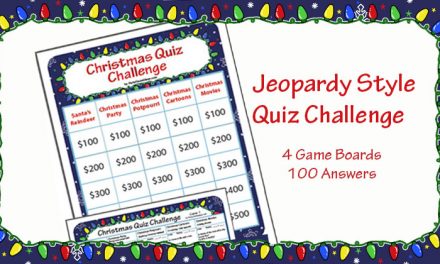 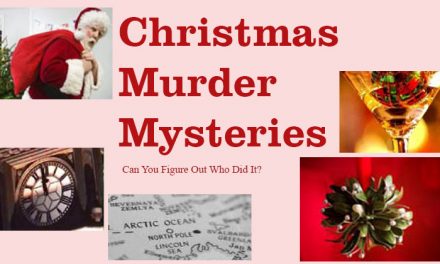 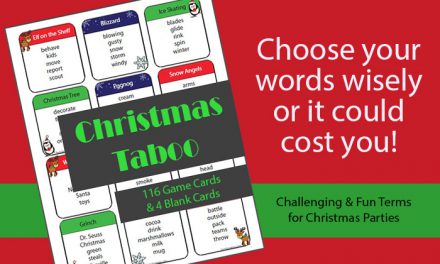