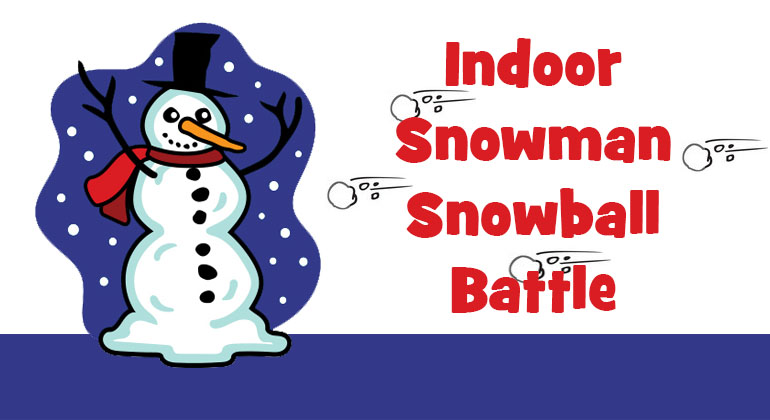 This party game / activity came about while putting together a closet shoe organizer. I wasn’t able to add the back of the shoe organizer and I game came to me; Snowman Snowball Battle. The shoe organizer may not be the best item, but it gives you an idea of what type of structure you need. This may take some time to put together, you may be able to get cardboard separator from a wine / liquor store or you might be able to create a shelf structure out of wood. I have a photo to better visualize this game. 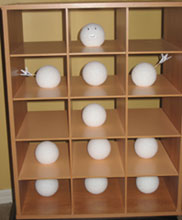 Place the shelf unit in the middle of the room and add items styrofoam balls to the shelves and form the shape of a snowman or just fill with styrofoam balls.  FYI – If the styrofoam balls roll around then cut 1/8 of an inch off the bottom and they should stay put, I found that I could get them to stay put by just pressing them down on a hard surface.

Then establish a firing line from where the kids will throw the smaller sized styrofoam bowls at the snow man. The firing line should be the same distance for each team, the distance will increase with the age of the kids playing the game, consider 7, 10 or 12 feet from the shelf unit.

Each team will need a bowl of styrofoam balls. These will be placed at each team’s firing line. We recommend a minimum of 6 balls per team.

Finally divide the guests into two teams. I would recommend 4 or 5 guests per team. If you have more guests then play tournament style. (ie – The Winners of Team 1 vs Team 2 battles against the Winner of Team 3 and Team 4 in the Winner take all game.)

Snowman Snowball Battle How To Play
– Place the teams at the different firing lines. So you will have Team A throw line – space – the styrafoam snowman – space – Team B throw line.
– The first team member grabs a snowball (styrofoam ball) and when you so GO – Throws the snowball at the snowman hoping to knock it to your opponent’s side of the floor.
(If a smaller snowball gets stuck in the game / shelf and doesn’t knock the larger snowball out, then the player must remove the smaller ball from the playing field.

Score one point per Snowman piece, the team with the higher score wins.

Game Notes
– Not a fan of the kids facing each other, then consider creating two shelf structures and place then beside each other. The first team to knock the snowman down wins.

– Use a flat board instead of a shelf unit and rename the game Snowball Battle. Instead of creating a snowman shape just line the snowballs on the board to play.

Last note: I know Snowman Snowball Battle sound a bit complex but it is just a simple target game involving Styrofoam balls, since they are less likely to damage anything. Feel free to revise it for you Holiday Party, but be sure to test your ideas before the party as you want it to work well during the party.

You might also enjoy these kid’s printable Christmas party games. 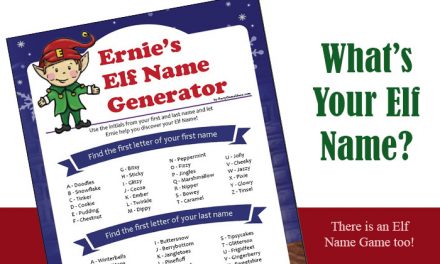 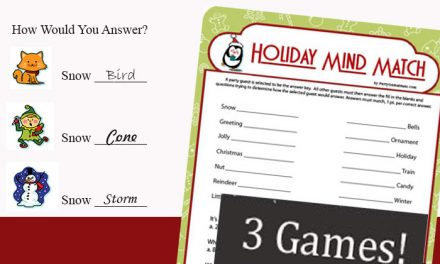 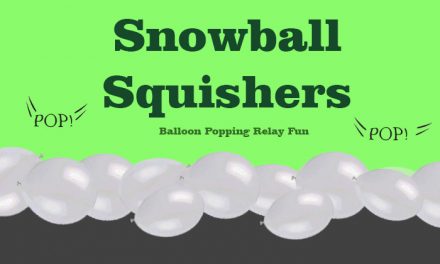 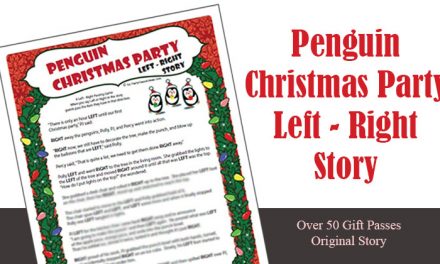