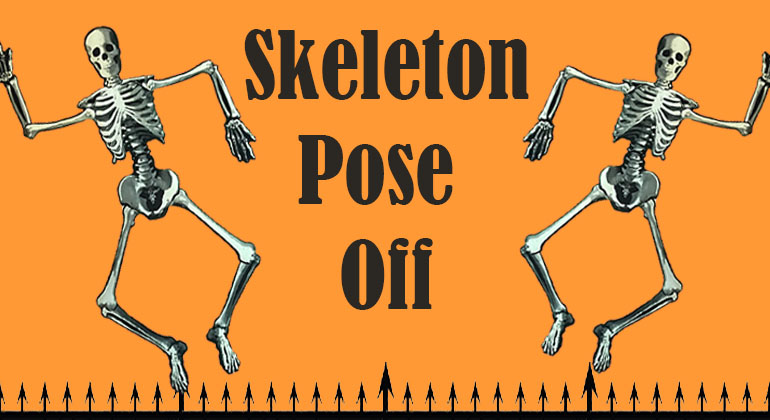 2. Create posed Skeleton cards. Take a skeleton and hang on the wall or lay on a floor. You’ll want to keep the head, body and hips in one place since it should be firmly attached to the wall, then create a simple pose to start and take a picture. Then move one part of the skeleton to create another pose and continue to create different poses. You’ll want 20 – 30 for the game.

3. Take the photos and print out the pictures to create your Skeleton posing cards which can be cut out and attached to card stock so they don’t get damaged during the game.

4. Establish a Starting Line about 15 feet from where the Skeletons are hung.

5. If you playing with 2 two teams, make sure that each team has a skeleton firmly attached to the wall (use a nail for the head so the skeleton does not fall off during play). The head, body and hips do not move during the game so they can be attached with tape. At the end of the arms and elbow and knee joints use poster tack so that those body parts can be moved and re-positioned during the game. Have extra poster tack in case it starts to fail during the game.

6. Place a divider between the skeletons so that players can not see how the other player is posing their skeleton.

How to Play Skeleton Pose Off 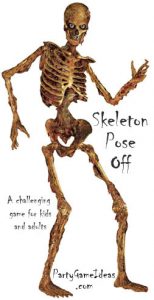 1. Divide the group into two teams.

2. The Host explains the game. Players on both teams will be shown a posed skeleton and from memory they must go to their skeleton and pose them as shown in the picture. Then return to the Starting Line to see if they are correct. If they are the first ones to correctly pose the skeleton, they score 1 point for their team and if it is not correct they can look at the skeleton pose card again and go back and make changes. Players can not take the card to the skeleton.

3. One player from each team lines up at the starting line and both players are shown the Skeleton Pose card.

4. Then, when the Host says – Ready, Set, Pose and the kids are off to Pose the Skeletons.

5. Once a player has correctly posed their skeleton a point is scored for their team.

6. Once a team has earned a point, that round is over and two new players go to the Starting Line to play.

7. Play continues until one team has reached a pre-set point level (11, 15, or more) or each team has gone 2 rounds. The Team with the most points win.

Skeleton Pose Off Relay
Create two sets of Skeleton Pose Cards and have teams try to be the first to complete all of the Skeleton Poses correctly.
For the Relay Race we recommend 2 Game Hosts.
At the beginning of the game, each team send the first player to the Starting Line to view the Skeleton Pose picture.
When the Game Host says Go, the players head to the Skeletons and pose them. When they believe that the skeletons are properly posed they return to their Game Host (which has the posing cards) and the Host either confirms the skeletons are posed correctly or does not and shows the Skeleton pose to them again.
If the Skeletons are not properly posed the player must return make adjustments as needed until the pose is correct.
Once the Game Host approves the pose the Player then tags the next Player and it is their turn to repeat this process.
The game continues until each player on one team completes their Skeleton Pose. That team is then the Winner.

Skeleton Pose Off Challenge
In this version you have Teams of 2 people each.
We decided to do a timing event, but you can change it up as needed to be teams head to head if you want. You can also modify this to have one, two or three skeletons.

Once the Poser has correctly posed the Skeletons like the picture, (Might want someone to confirm – Game Host) the Team can move on to the next Skeleton pose.

Teams are given 3 minutes to see how many Skeleton Poses they can create, the team with the most Poses made in 3 minutes wins. In case of a tie, do a tie breaker round.

Tip: Number the Skeleton Pose Cards and create a master list of poses. This way you just need to see what number is on the card during play to confirm the pose. This will save time when you go to validate that the pose is correct.
Thanks May, Fredrick, MD 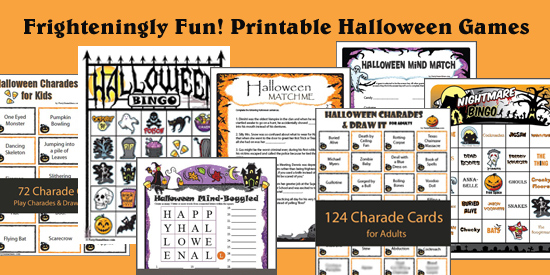 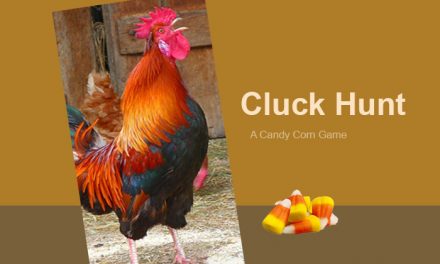 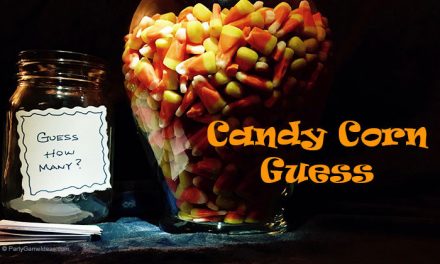 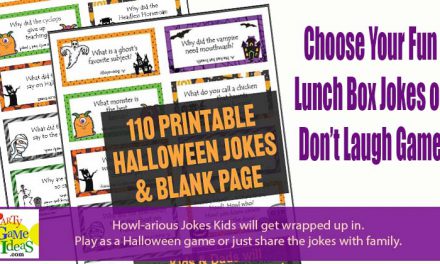 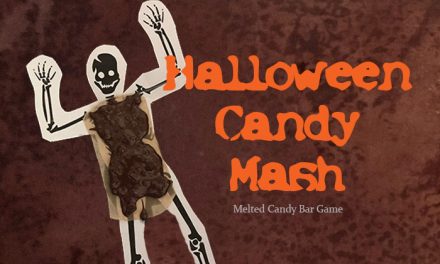