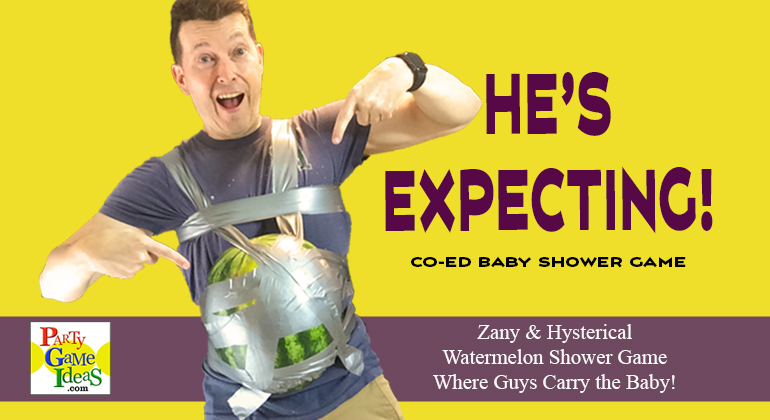 What if the father-to-be and other guys attending the baby shower could learn and feel, if only for a few minutes, what it is like to be pregnant?

Well He’s Expecting! is the baby shower game where you duct tape a watermelon to their stomach, so maybe the guys can get a sense of what it is like to gain 25 – 35 pounds during pregnancy. Women will enjoy laughing, taking selfies of guys wearing watermelons, and showing no remorse as the guys struggle doing these task. 🙂 This a great baby shower game to play at couples and co-ed showers.

Inspiration for this game came from watching a video where a mom-to-be tapes a watermelon to her husband’s belly and what looks to be nerf balls to his chest in order to simulate pregnancy. Watching him perform simple tasks like getting up off the floor and getting in and out of a car, made us think that this could be a fun game for the ladies to watch and the guys to play at baby showers.

Supplies – 1 Watermelon per team (Try to get ones that are roughly the same size and 15-20 lbs. also get an extra just in case one falls and breaks), 2 Round Nerf balls, oranges or items to look like boobs  per team (this can be optional), 1-3 rolls of duct tape, and you’ll want old t-shirts that can be thrown away so that the guests clothing is protected from the duct tape residue. The tape is super sticky and will ruin the shirts, so consider checking out a thrift shop. You’ll need one shirt per team. You will also need a stop watch(es) for this game.

Define Game Challenges
Each game will have multiple players performing a variety of challenges. These challenges are pretty basic, but become difficult with a watermelon taped to your stomach.

Challenge ideas: (See He’s Expecting Video below)
• Stand-Up – Start by lying on floor or bed and stand up
• Put on a robe, grab a purse and car keys, head to the car, put seat belt on, and start car. Then turn off car, grab purse, and return to the house.
• Pull 3 or 5 shirts from a laundry baskets and fold or hang them.
• Pick-up five items off the floor one at a time and place them on a counter or table. Item ideas – Soda / Seltzer cans, pieces of candy, or similar small items.
• Putting on shoes
• Peeing into a cup – (Not really peeing. See video) Player sits on a chair, a clear plastic cup with a line 1/2 way up the cup is placed under the chair and the are given a sports bottle with a squeeze top so that the water comes out slowly ( You need to squeeze it.) Make sure the bottle is filled with water and the player must lean over while sitting in the chair and fill their cup from to the line to complete the challenge. (FYI – This one can be messy.)
• Walking Challenge – We filmed the video in one room and realized that, one of the tasks in your game should involve a walking of a notable distance. This can be achieved by taking an existing challenge like picking up several items and then walking them across the room (or into another room) and then returning to get another item or by creating a unique challenge like having them walk to the mailbox to get the mail. One idea that could be fun would be placing several items in the car (or other location) like a hat, wallet, and keys (using items that guys leave in cars would be best) and then the mom-to-be can say “Oh, I forgot my hat in the car. Can you go out and get it.” Then once they return, she can she say, “Oh, I also forgot to grab my wallet,” and so on until all three items are retrieved. This act of asking pregnant women to do a simple task while pregnant is no easy task.

Pick 4-5 of your favorites and/or add your own challenges to create a unique He’s Expecting shower game.

Individual or Team Play
The last decision to make before playing He’s Expecting at the baby shower is to determine whether to play as teams or as an individual players.

• Individual play takes longer, but each player has the same watermelon attached to them must perform the tasks in order while being timed. This method ensures that everyone faces the exact same baby (watermelon) weight and same obstacles.

• Team play – Divide up the guys into groups or 2 or 3 teams. You will want 3 or 4 players per team. One player from each team will have a watermelon strapped to them for their course run. Each team will be to have someone recording each players time and the individual times for each player on a team will be added together to determine a team time. All players will perform the same challenges. Team Play Tip: Have at least one roll of duct tape per team or it will take a long time to tape everyone up.

Before Game Play – Ask if Anyone Has Back Issues
This baby shower game can be fun, hysterical, and highlight of your event. It can also be troublesome for those who have back issues. We recommend that you don’t force anyone to play this game and that you ask if anyone has back issues prior to playing He’s Expecting and if they do pull them from the game.

Review Your Baby Shower Space
This game requires space and a series of tasks, make sure that there is an area large enough at the baby shower. If limited on space do individual play and for larger areas you can have several teams compete at the same time.

1. Let the guys know that the ladies and especially the mom-to-be all wish that men could experience what it is like to be pregnant. Well today is your lucky day as we are going to play “He’s Expecting!,” the pregnancy game let guys experience carrying a baby and completing just a few simple tasks.

At this point, you can ask for volunteers to play (best for individual play and just want 3-4 players) or you can draft everyone and divide them into teams. FYI – The dad-to-be should definitely play and should be the first to complete the challenges.

2. Once you have your players, go over how to play game.
• Guests will have a watermelon strapped to their stomach with duct tape.
• Players will then race to complete a series of challenges in the fastest time. Proceed to identify the challenges and how to complete it. We recommend 3-5 tasks.
• Players will be timed and the player to complete the pregnancy obstacle course the fastest wins. If playing as teams, each individuals time will be recorded and team member time’s totaled together for determine a team time. Low team score wins.

3. Now strap those watermelons on and get ready to play He’s Expecting.

• Reminder – Use Old T-Shirts that can be thrown away. Duct tape residue leaves marks and DO NOT put the shirt in the washer and dryer after the game as it will get glue on more things and ruin other clothes. It is best to toss the t-shirts after the game.

• After the game the watermelon can be sliced up and eaten! Watermelon is has high levels of vitamins A, C, B6 and other healthy nutrients that are good for pregnant moms and everyone.

• Have an extra watermelon just in case, one is not securely strapped on. If you lose or break that one – game over!

• Prize Idea – Give them their baby watermelon as a prize and see how they react. Then give them a real prize and let them keep the watermelon if they want it.

• The starting the car idea can be lots of fun, however you may want to avoid outdoor activities if it is wet out and players might slip and fall. Guys are competitive and the last thing you want at your baby shower is an injury.

He’s Expecting – Watermelon Pregnancy Baby Shower game may just be our new favorite shower game for those who are adventurous and seek challenges. in a few years it might even rival the most popular Co-Ed Baby Shower game – Baby Bottle Drink Off.

You might also enjoy these printable Baby Shower Games. 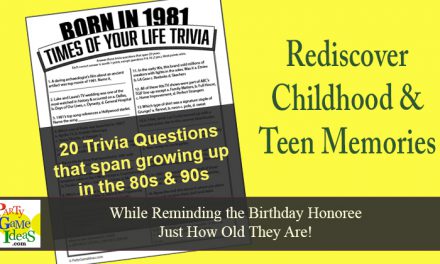 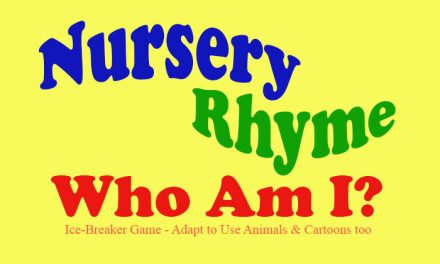 Nursery Rhyme Who Am I 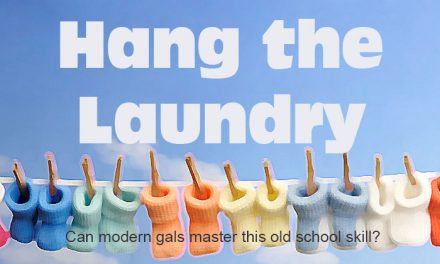 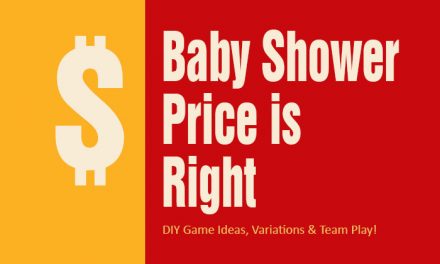