Family Reunion Who Did That Game 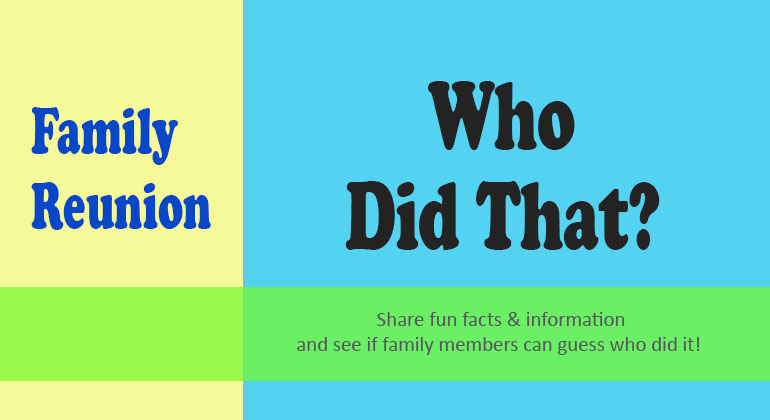 Family Reunion, Who Did That Game
Supplies: Pen, paper, stories

Who Did That is a fun game where cousins, family members and even friends can share things that they have done over the summer or in life and the other players try and guess who the statement is about.

Who Did That Game Prep & Play
a. This game is best played with at least 6 people and from 3 families. We had 12 family members from four families.

b. Each person is given 5 slips of paper. Each piece of paper should be large enough to write one or two short sentences on.

c. Players then go off and write five unique / fun facts (travel, adventure, sports, etc…) about themselves and fold the slips in half. These should be things few people know about them. Younger kids might need help from a parent.
Fact Examples:
“I have hiked Mount Rainier”
“I once lost three teeth in one week.”
“I was a candy cane in my Christmas play.”

d. The slips of paper are placed in a bowl. Players then sit in a circle and are given a sheets of paper and a pen (or small whiteboards and pens).

e. Then a game host, someone who is not playing, randomly pulls a slip out of the bowl and reads it to the group. Each player then writes down on a piece of paper who they think wrote the statement.

f. Once everyone has written down their answer, ask everyone to flip over and reveal who they think the statement was about. The person who the statement is about, writes their name on their slip of paper. The Host then asks who wrote it and those who guessed correctly score one point.

FYI – Immediate family members of that person (brother, sister) can’t not score points, even though they submit an answer. This is why it is helpful to have a mix of players from different families.

g. Read through all the slip and once done the person with the most points wins. Another way is to play the first person to 7 or 11 points. 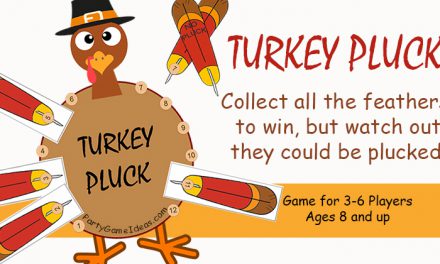 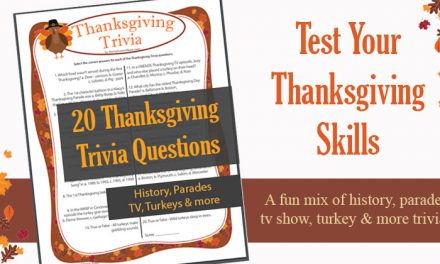 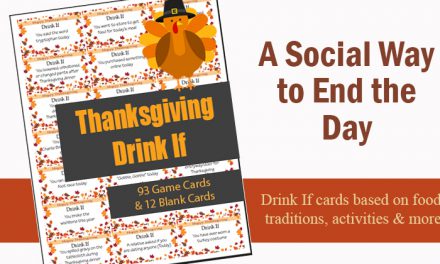 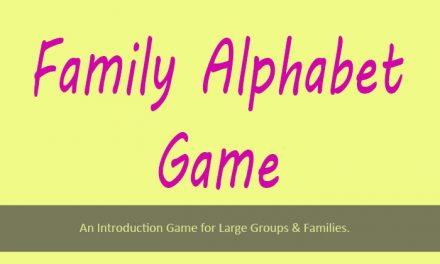